If God were a Superhero… 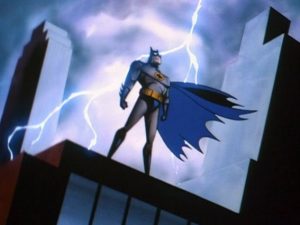 I am Vengeance, I am the night, I am… BATMAN!

Working in mysterious ways, the perfect man, never killing even the guilty, protecting the innocent and always ensuring Justice? 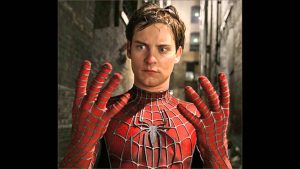 Is god the under-dog from queens, awkwardly being given power and trying to save everyone and get his homework done on time? 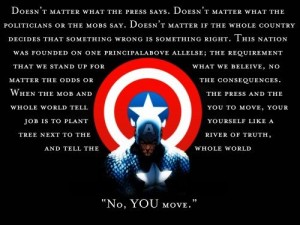 I’m pretty sure there’s only one God Ma’am, and he doesn’t dress like that

Fighting the Nazi’s and standing up for Good ol’ American Values; like traditional marriage and love and never altering his position once he knows truth? 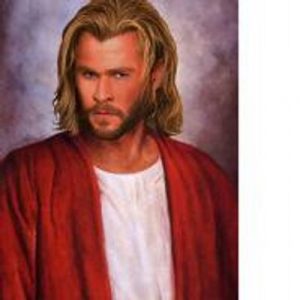 Fortunately, I am mighty!

An other-worldy insanely powered individual who maintains His own code of ethics while enjoying combat to protect the innocent?  At first glance, this one is pretty tempting to go with this one, but I’m going to argue no to all of them

God isn’t like Batman, as He killed a huge amount of guilty people throughout the bible, from the 3,000 individuals who rejected the commandments Moses brought down from Sinai, to ordering the children of Israel to commit Genocide.  Beyond that; He also killed the innocent when he flooded the earth.  So, not Batman, or Spiderman.  Brigham Young seceded from the United States when he formed Deseret; so not very Captain America.  The very different commands issued from time to time as doctrine is very un-Steve Rogers as well.

And god rarely drops in to intervene when there is a fight.  He doesn’t use His powers to stop crime, defend the innocent from machine guns, bouncing bullets off his chest or slinging His hammer to protect villages. 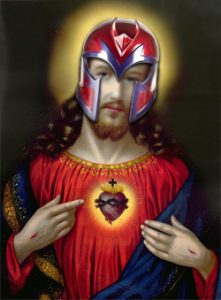 “You are a god among insects. Never let anyone tell you different.”

Here me out.  The LDS God wants people to believe his particular ideology.  Anyone who disagrees is labelled an enemy (A “Lamanite” in the Book of Mormon is anyone not with the Nephites, Brigham calls anyone not a saint a “gentile”, etc.) There is a focus on conversion of those who have not heard of their cause, but refusal to join or leaving the “brotherhood” results in ostracization or shunning.  He grants superpowers and special privileges to those who follow him (I mean, those who follow him have natural talents that are special that are enhanced, but more powers are revealed as they follow him, like a patriarchal blessing).  And he is willing to kill both innocent and guilty to achieve his ends.

In 3 Nephi 9, we hear how God / Jesus destroys entire cities; where innocent and guilty were mixed, without remorse; He enshrouds the remaining innocent (as the guilty are all dead) with darkness for three days.  He touts this destruction to get people to bow to His ideology; and he descends from the sky slowly in a very Magneto style.

God is not good.  God is not kind.  The God of the Book of Mormon is an ideologue who will use death, destruction and utter fear to enslave Homo Sapiens until they agree his chosen group are meant to rule the earth.

This entry was posted in Current issues. Bookmark the permalink.
Last edited by Mithryn on September 19, 2016 at 5:05 pm

1 Response to If God were a Superhero…