I was cut off before I finished my last post on Elder Ballard’s Stake talk, and didn’t get to the Pokemon portion. 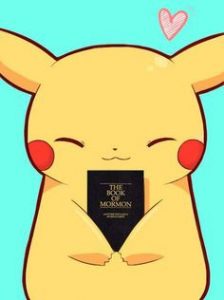 Both places gave interesting responses.  From people who stated they met their spouses playing Pokemon, to people whose weddings involved Pokemon themes, to any number of discussions around father’s getting time with their kids on walks due to the game, rather than the kids playing in the basement, it”s clear that this so-called prophet of God is clueless, cinnamon-toast-crunch- style as to why this game is a hit. 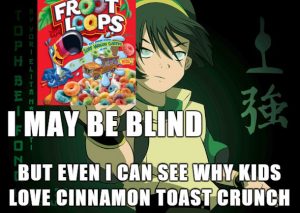 And that is my families experience too.  We have enjoyed poke-walks together, caught rare Pokemon on family vacations, and thrilled together at a shared experience. 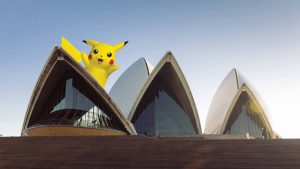 Further, anyone who has played knows how many more historical landmarks, places of interest, and key locations were always around them but they never noticed before Pokemon.  Everyone I know who plays has noticed this phenomenon.  His words aren’t just misguided or naive, their actively false.

Finally, I can hear someone reading this saying “But he is right, Pokemon is a distraction.” 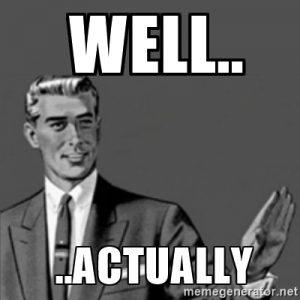 The problem with that logic was pointed out by the Pokemon subreddits repeatedly: anything but God and Family can be called a distraction from God and family.

But playing Pokemon as a family can make Pokemon not a distraction from family.

My father used to sing a song “Old Mr. Custer”.  The lyrics were weird and meaningless to my generation.  Then, one night on the Dr. Demento show, we heard the full song.  We recorded it and played it for my father the next day.  Suddenly we had the full context and this item that one might say was a distraction from family became a shared experience.  Bingo, we had a family moment.  My father felt flattered we’d put time into something from his generation; and he could fill us in to why he would sing this song (it was on the radio when he was a sheet-rocker)

Who knows but that some people will “find god” through Pokemon (there are YouTube videos of this.  Yes, I’m serious ).

This illustrates a major flaw with the church… the geriatric nature of apostles illustrates how out-of-touch the church is.  The most common comment on the sub-reddit is that Elder Ballard is just a “get off my lawn old guy making pronouncements”.  And millenia are seeing through it.  They see it in policies towards LGBT.  They see it in how the curch is Utah–centric in both policy and spending decisions.  They see it in every talk given by leaders who are demonstrably out of touch.

Finally, the fact that Pokemon Go!’s popularity is waning by the time the talk is given illustrates how out modded and inadequate the church”s system of information distribution is.

John Dehlin had Ballard’s talk published the next day, but Ballard is reacting to a trend kicked off months earlier.  That lag has haunted the church in its reaction to civil rights, LGBT issues, women’s issues and more, but as the communication systems of the world accelerate, the church will continue to lag behind in even more apparent ways.

I mean, I bet reading this you thought “He’s still talking about that?  That was soon last week”.  Ballard is months behind.  That is exactly my point.  Out of touch, lagging, and trying to control what it doesn’t understand… his Pokemon comments represent the institution perfectly.

In addition; Ballard’s admission he knows nothing about the subject, but then goes on to badmouth it anyway really does some up the leaders’ words regarding church history, LGBT issues, etc. as well.  It’s a microcosm of the real reason why millennials aren’t as interested in the church.

This entry was posted in GA Bullsh*t. Bookmark the permalink.
Last edited by Mithryn on September 18, 2016 at 8:15 pm