Elder Ballard spoke on 9/11/2016 to a multi-stake conference.  My family attended, warning, this post is going to get a bit more personal. 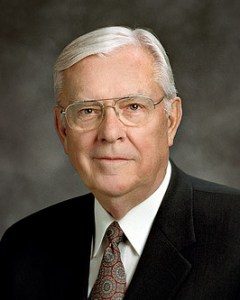 The Audio is here: http://www.mormonstories.org/m-russell-ballard-regional-broadcast-9-11-2016/

Now Elder Ballard is a grown man, and can speak where and when he wishes, but a quick fact check shows that this is mostly bullshit.

First of all he re-iterates that people who leave the church are misled by satan.  He echoes that one can prevent apostasy from scripture, prayer, temple attendance, regular sacrament attendance, etc. that I am hard evidence against.  I was reading scriptures like a madman, serving as an elder’s quorum instructor, engaged in family and personal prayer when my shelf came crashing down.

People don’t leave the church because of being offended, sinning and forgetting to read a book.  They leave because their trust is compromised.  My trust was compromised when I caught a temple president lying to the patrons in the temple; and then he blamed my brother for telling me the details I needed to know to bust him.  That was the start to my hard-core investigation that lead to this blog

The Church is dedicated to transparency and has published precious resources to provide even more context to the story of the restoration. Through the JSPP website, and the gospel topic essays and on LDS.org

Mr. Ballard, please open the vault for historians if you believe in transparency, specifically the McLellin papers and Oliver Cowdery’s diary and papers, but I’d love to see the “Mormon Erotica” stored in the vault as well 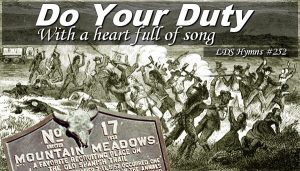 That’s right, when LDS members followed their stake president’s orders to “Do their duty” and slaughter 120 men, women and children.  In 2007, the Ensign finally admitted that it wasn’t the Piute indians who committed the act, which is MORE transparent, but to say “Committed to Transparency” means you need to do even more.  You need to admit that the religion deceived members in official materials like the Seminary Manual I learned from.  You need to change the article and remove “Militia” and put the word “Stake Activity” in its place.  You need to be transparent; which means not misdirecting the reader to believe this was a Bundy-style land takeover that Brigham was unaware of; but rather that discussions were made with Brigham and his final order not to do it arrived too late; but he thought about having the people massacred at least.  You need to admit that the church prevented justice for those who committed the heinous act and that Gordon B. Hinkley lied about it in 1999.

Do you see the degree of Hypocrisy of giving a talk  on September 11th claiming full transparency and blaming those who leave the church for being lazy or deceived by Satan while you lie to the faithful?

Well, Mr. Ballard, my family had a talk about your lies afterwords, and my children were offended.  Not offended as in they will leave the church (who leaves because they were offended really) no, offended that you’d lie to them so brazenly.  Offended they didn’t know about the Mountain Meadows Massacre and that the church covered up so much about such a tragic incident.

Mr. Ballard, what I’m going to say next may sound harsh, but I’m just quoting scripture. 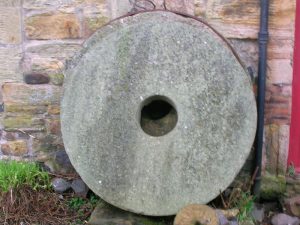 It were better for him that a millstone were hanged about his neck, and he cast into the sea, than that he should offend one of these little ones. 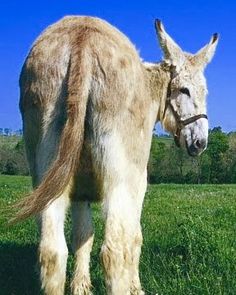 “the tail is the prophet, the lying teacher” Isaiah 9:15

This entry was posted in GA Bullsh*t. Bookmark the permalink.
Last edited by Mithryn on September 15, 2016 at 3:42 pm

8 Responses to Elder Ballard, transparency, Pokemon and my kids