This lesson is one of the most fascinating lessons ever.  No, I’m serious; I’d put it up on the top list of things that logic students, psychology students, business majors and theologians all should study.   It’s about “repentance” and that organizations need to repent too.

You see, it doesn’t just focus on the personal need to repent, like most Christian texts would focus on.  Sure, it begins with “Bring fruits meet for repentance” and John the Baptist, but then it focuses on the Pharisees as a group; and their institution’s need to course correct.  Every organization makes mistakes and needs to course correct from time to time; and so the businessman has a lesson to be learned.  But with the corporate nature of the modern LDS church, I think this lesson takes a deeper dive.  The Pharisee behavior is so similar to what the LDS official position represents that the lesson can be immediately re-directed at the organization that wrote it.  Links to illustrate the hypocrisy will be provided.

John the Baptist preached and baptized in Judea. Jesus Christ traveled from Galilee to the Jordan River, where He was baptized by John. God the Father testified that Jesus is His Beloved Son.

Ask the class to imagine how they would feel if one of the students in the class were to get up and begin taking personal items that belong to the other students. Then ask them to imagine that after taking each item, the offending student apologizes but continues to take items from other students.

LDS Essay on Race and the Priesthood; note that the church does not apologize

“I know that the history of the church is not to seek apologies or to give them,” Oaks said in an interview Tuesday. “We sometimes look back on issues and say, ‘Maybe that was counterproductive for what we wish to achieve,’ but we look forward and not backward.”

Ask the students how they’d feel if the thieving student from the previous example didn’t apologize, but just stopped taking things when caught.  (Distrust, “how would you know they stoppped taking items, are likely answers but this is their opinion, let them express it freely)

Invite a student to read Matthew 3:1–4 aloud. Ask the class to look for what happened that would help prepare the people for the Savior’s ministry.

Invite a student to read Matthew 3:7 aloud. Ask the class to follow along, looking for whom John spoke to. 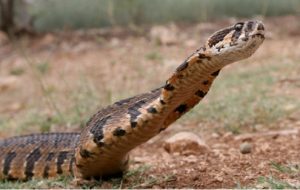 This isn’t anti-Semitic because John the Baptist says it, and he was a Jew… right?

To be clear, this is the official lesson manual of the LDS church telling not-very-trained teachers to instruct kids that the leaders of another religion are vipers; and actually showing them a viper.

What was it that the Pharisees and Sadducees did that was so bad?

You may want to point out that the Pharisees and Sadducees felt threatened by John, as he drew many people away from their evil influence and false teachings

Elder Ballard recently gave a talk I spoke about where he encourages people to stay away from blogs and podcasts.  They excommunicated John Dehlin.  It appears that the Pharisees and Sadducees (who I’m sure love that they are lumped together, they always got along so well) were guilty of the crime of wanting to keep people from apostatizing from their belief system to follow a “lone voice in the wilderness”.

I don’t think it is respectful to compare the leaders of another religion to snakes, I am just pointing out the hypocrisy; in the hopes that emphasis on divisive rhetoric like this can be removed in future versions.  However photo-shopping Elder Ballard wearing snakes seems about par for the course for the CES systems level of respect.

Write the phrase Bring forth fruits meet for repentance on the board.

I hate this 1920’s style of having the teacher write it up on the board while students watch. I’d rather it said to do this prior to class, as every teacher does it anyway.  Maybe we could modernize it with “Text this to your students”

Students may use different words but should identify the following truth: We demonstrate true repentance to the Lord as we change our desires and actions to follow His teachings

Now ask the students if the Race and the Priesthood essay, and Dallin H. Oaks words that the church never apologizes for what it has done means that the church is unrepentant.  Ask if it would be worthy of baptism.  Remind the kids of the how John disliked religious leaders and that John combined the thoughts about needing to repent and the corrupt religious leaders.  Ask them if John might have been calling the leaders to repentance even more than speaking to the people who were already there to be baptized.

But what would I know, I’m just one of those blogs that cries out like a voice from the wilderness about what the CES system teaches.

Exercise in Logic: Write out the logical arguments used in this lesson.  Point out that if A->B where Repentance implies worthy for an individual; and that an organization is a group of individuals; how organizations must consist of repenting individuals to be a worthy organization.  Review if that logic is sound.  Are there exceptions where organizations need to be non-repentant?

Exercise in Theology: Can you find any other organizations in scripture that are expressly called to repentance (examples might be kings, like Nebuchadnezzar or Christ calling Israel to repent as a group, or the Tower of Babel that was all cursed together).  Discuss whether an organization that refuses to apologize for wrong is apostate.  Use scriptures to point out how refusal to repent keeps men from god.

Exercise in Business: Highlight some of your organizations failings.  Discuss how one could “repent” of these mistakes publicly, righting those who were harmed, and altering the course so it doesn’t happen again.  It is typical to affix blame in these cases, but blame matters less than the change.  Talk about how correcting bad behaviors can be profitable for a business

Invite students to ponder any desires or actions they may need to change in order to truly repent. Encourage them to demonstrate true repentance by changing any desires and actions that are not in accordance with God’s teachings.

I invite the LDS leadership to ponder any desires or actions they may need to change in order to truly repent, including publicly admitting historical issues and apologizing for them (including Mountain Meadows, LGBT treatment, and shaming of those who leave the faith).  I encourage you to demonstrate true repentance by changing the desires that drive these actions that are not in accordance with God’s teaching, or basic human kindness.

This entry was posted in Seminary Manuals. Bookmark the permalink.
Last edited by Mithryn on September 20, 2016 at 3:33 pm