The Parable of the Sower

It is up to each of us to set the priorities and to do the things that make our soil good and our harvest plentiful. 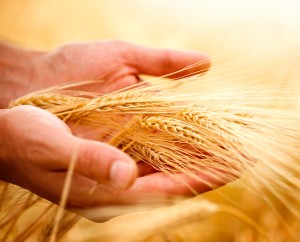 I really like the parable of the sower.  I’ve found it useful in many settings, but my take currently is a lot different than what is typically expressed in Mormon Culture, which is echoed in this talk.

What I’ve learned is that no matter how good of a teacher you are, not everyone is going to listen.  There are people who have difficult things in their lives, or who are unprepared to hear whatever you are teaching.  Don’t feel like a failed teacher simply because not everyone listened, but cultivate those who seem to “get it”.  However, be aware that even a portion of them aren’t really getting it, but you’ll only really see that after they’ve had a chance to “grow” based on what was taught.

The Mormon Culture version, instead, views this as a failing of the listener.  It is our duty to make ourselves “Good Ground”.  The introductory quote not only declares that we should make our ground into good ground, but also that we are responsible for our harvests.

Contrast that with Jesus’ views:

“Consider the ravens, for they neither sow nor reap; they have no storeroom nor barn, and yet God feeds them; how much more valuable you are than the birds! 25“And which of you by worrying can add a single hour to his life’s span? 26“If then you cannot do even a very little thing, why do you worry about other matters?…  Luke 12:25

“Consider how the wild flowers grow. They do not labor or spin. Yet I tell you, not even Solomon in all his splendor was dressed like one of these. Luke 12:27

Can any of you by worrying add a single cubit to your height Matthew 6:27

Let’s review Jesus’ own interpretation of his parable:

Note the passive approach.  There is no command to go and be “good ground”.  There is no statement that one who has good ground should push for the “hundred fold” harvest.  This is a calming story to leadership that they don’t need to push for everyone to become convinced, but they should still teach.

In Mormon view, however, the failure is laid squarely on the listener.  I might restate this as an old man saying “I done told you great things, why didn’t ya listen?!”  Blame dropped on the listener for not being a good enough listener is central to this story within the LDS paradigm. 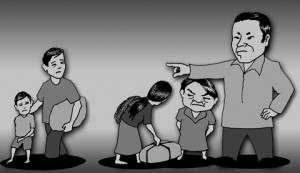 Subjects for general conference talks are assigned—not by mortal authority but by the impressions of the Spirit. Many subjects would address the mortal concerns we all share. But just as Jesus did not teach how to overcome the mortal challenges or political oppression of His day, He usually inspires His modern servants to speak about what we must do to reform our personal lives to prepare us to return to our heavenly home.

“The miracle of everyone talking about the same topics” is a common theme.  Hinkley talked about it a lot.  I just want to point out that every talk does go through a central committee (the Correlation Committee) and that they will only approve about 72 topics. That people who submit ideas to a controlling central review board would have similar points to talk about is not a miracle, it is bureaucracy.

My message concerns those of us who have committed to be followers of Christ. What do we do with the Savior’s teachings as we live our lives?

Although parables are meant to be applied in multiple ways, and certainly asking this question is not wrong, the constant implication that the audience is failed and that the message is pure, or to put it another way: The church is perfect, the members are not, is a type of victim blaming when used as often as it is by church leaders.  Taken to extremes it is abusive.

Instead of a message of hope to missionaries and other teachers in the church who feel like failures because little Johnny wasn’t listening last week in Sunday School; it heaps burdens upon those this very message was supposed to be optimistic for.

This entry was posted in 40 talks in 40 days for General Conference. Bookmark the permalink.
Last edited by Mithryn on September 14, 2015 at 4:52 pm