Preach My Gospel—the Unifying Tool between Members and Missionaries

Missionaries and members must … become one in our efforts to proclaim the gospel. 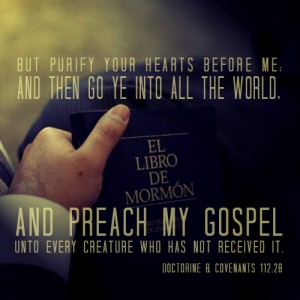 This sales pitch, clearly drafted by the marketing department, run through the correlation committee and handed off to a Seventy to sell members on a program of the church, was crafted to support the missionary program’s new book “Preach my Gospel”.  It starts with his personal testimony of the techniques in the book.

…we immediately recognized it as a scripture study exercise suggested inPreach My Gospel. As a family, we are so thankful for this great and powerful missionary tool.

After the Book of Mormon Warehouse logistics issue of Benson’s day, I can’t help but wonder if they church over published the Preach My Gospel books as well and is foisting them on the members

For the past three years missionaries have been usingPreach My Gospel all around the world. It has truly revolutionized missionary work. The great vision of President Hinckley is being fulfilled: Missionaries “master the concepts of the lessons.” They “teach the concepts in their own words under the guiding influence of the Holy Spirit” (see “Missionary Service,”Worldwide Leadership Training Meeting, Jan. 11, 2003, 19).

But that’s really a side note. I want to focus on the phrase “Preach my Gospel”.  You see that phrase is found in two places, the Book of Mark and in Mormon 9: 22-24.  In other places preaching the gospel is mentioned, but he particular phrase “preach my Gospel [to every creature]” is only stated in these two locations (it is also in the D&C but as a reinteration of the former two locations).

Now first, it is a little odd that Mormon would know what Jesus said to his disciples in Jerusalem word-for-word from the King James version of the bible.  I mean, it’s possible that He said the same thing in North America and that the exact phrasing was maintained for hundreds of years to Mormon in the exact grammar and punctuation as the Greek-to-English translation of the bible would have…

But the problem really comes when we find out that Jesus never said that phrase.  The Book of Mark actually stops several verses earlier at verse 8

Got that?  And this isn’t some random minister who is saying this.  No, this is how most of the world accepts the Book of Mark.  The Bible Gateway discusses it, Wikipedia goes into detail that there was a shorter ending and a longer ending and where one can find these endings and what the oldest documents are.  But there isn’t really a debate that these verses were tacked on as all evidence points to these verses being added after the fact.

Now the apologist may reach out and say “Well, maybe the scribes knew what Jesus said”, but that is an extraordinary claim and should require extraordinary evidence.  Further, that these verses were cannon was declared at the Canon of Trent in 1546; which means that the apostasy and fallen Catholic church was somehow inspired to include these scriptures.  That’s a tall order for a Mormon who believes the church was fallen ever since 300 A.D. (give or take a bit) to claim.  Martin Luther used Mark 16:16 as the basis for a doctrine in his Shorter Catechism, and it was included in the King James Version, so Mormons are not alone in assuming these verses of scripture are real when they were a later addition.

But the implications for the LDS are quite a bit more staggering.  Now, finding these verses in Mormon 9, we should seriously ask ourselves which is more likely, that verses added to scripture hundreds of years after the fact were accurate, or that Joseph was willing to plagiarize a bit of the New Testament?

The very tool of members and missionaries to convert people to the LDS branch of Mormonism is, in fact, based on false verses of scripture.  One could even say that if the scribes did add them to complete the story as Bart Erhtman describes above, it is the philosophies of those men, mingled with scripture that was chosen to be the basis for the new Missionary program.

I’m sure no members have any trouble with that because, after all, a sales pitch that you should go buy anyting in this world with your money to help encourage the teaching of people the philosophies of men mingled with scripture is perfectly fine. 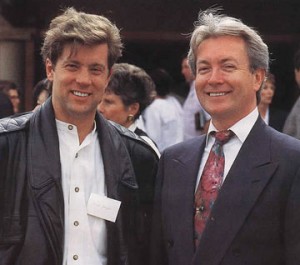 This entry was posted in 40 talks in 40 days for General Conference. Bookmark the permalink.
Last edited by Mithryn on September 15, 2015 at 6:22 pm