In October of 1988, Ezra T. Benson, then prophet of the church, gave a speech that would become the defining characteristic of his presidency.

The talk was entitled “Flooding the Earth with the Book of Mormon.”

I was but a wee lad at the time, and so I recall having a primary activity where we wrote down our testimonies on paper, glued them into copies of the Book of Mormon, and sent them off to missionaries around the world to fulfill this prophesy.

When I served my mission, I discovered an astonishing thing– every apartment had stacks of these English copies of the Book of Mormon from this era, with testimonies in the front covers. 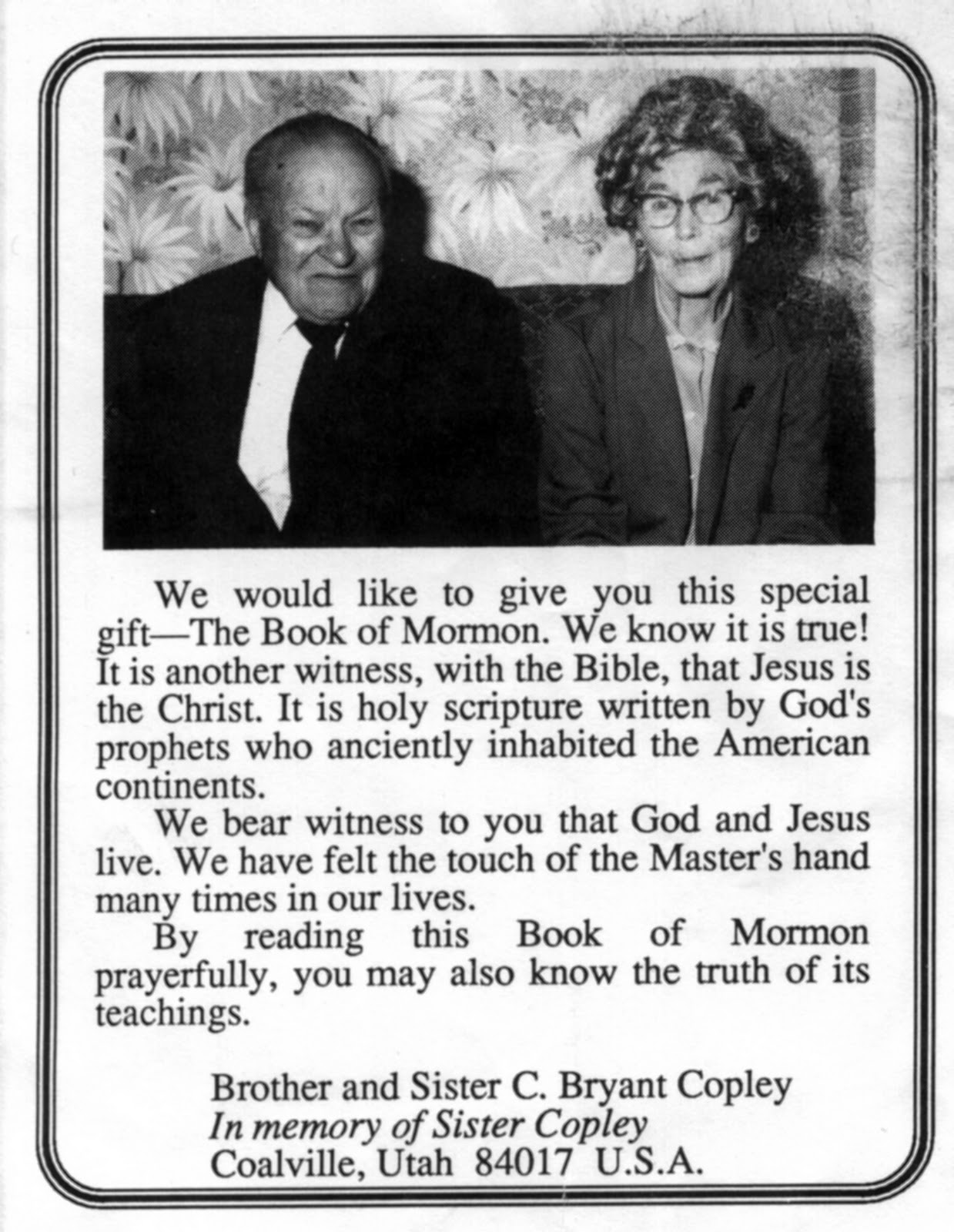 These testimonies are so common that you can find them on the internet. Go to Deseret Industries and pick up a few copies, and you’ll find a few of these on any given day. My house has 6.

It would only be after I came home that I would learn this was not unique to my mission, but, in fact, is pretty much the case across most missions.

What happened? Most of this explanation comes from various reviews of Daymon Smith’s Book of Mammon. To be clear, Daymon Smith was an anthropologist at the Church Office Building for 15 years. He knows his stuff, and had a very intimate look at the workings of the church:

You see, even though the church is a behemoth organization, each sub-organization operates independently. The warehouse would take a loss if the books gathered dust (warehouse space taken up is a cost in logistics calculations), and if the church bought them to free up the warehouse, that would be “inappropriately using tithing funds.” Since Deseret Book is “for profit,” they couldn’t be expected to eat the costs.

Then one day, an enterprising young lad/lass in marketing had a thought, and it was agreed to.  “Have the members buy up the books.” Just because they paid for the initial printing of the book, and for the books to go to the warehouse, it didn’t mean you couldn’t charge members again for the same books.

Elder P.T. Barnum said, “There is a new member of the church born every minute.”

So why does this matter? It matters because the prophet spoke a message at the pulpit that equated to “the members are suckers, make them pay,” and it is still the defining message of his presidency. A warehouse logistics issue, and some stubborn managers not willing to take a loss, pushed members to open their pocket books.

That precedent should disturb any member.

4 Responses to Ezra T. Benson and the marketing gimmick