When the CES letter came out, the apologists complained that the issues brought up were “old issues” and despite their answers to many of the old issues being wrong, untested, or simply insufficient, they expected people to doubt the CES letter simply because the issues were “old”.

17) The Quorum of the Twelve Apostles, when briefed about Wikileaks were more concerned with contributors’ sexual orientation than they were about church security.  Being visionaries and prophets, they totally missed this would be leaked.

16) Jeremy Runnels was excommunicated (or excommunicated the church) for asking questions.  The very reason Joseph Smith got answers from God is now grounds for being removed from the church.  That should disturb even the most devout member.

15) Former Senator Gordon Smith admitting he was “Church Broke” and would do whatever the leaders asked of him, which included revealing classified information

14) Elizabeth Smart, member and sex captive of a prophet at age 14, speaks out against the church’s teachings

13) The Price of Rugs in the Celestial Room was leaked to be $17,000.  This caused a lot of people to want financial transparency and realize there was none.  They start #FightTheNewRug in response

12) Stake Presidents and Bishops removing temple recommends for associating with family members.  Possibly not new, but something that should give people pause in any case

11) Internal Survey of Church History shows that most members are concerned about the role of women in the church.  And yet the church refuses to consider the implications.

6) Dieter Uchtdorf compared the seerstone rock with an iPhone

5) Romney/Trump interactions along with Romney not running for President because Jeb Bush visited him.  Along with this is the Mormon Tabernacle Choir singing for Trump’s inauguration after the Deseret News suggested members shouldn’t vote for Trump.

4). The Brass Plates – The gold plates have been criticized for years but the Brass Plates were addressed in my ABC’s and Mormonism series.  They are anachronistic in the following ways:

That leads one to wonder how much they would have weighed.  1000 lbs at the minimum or about 2/3 the weight of a cow.  And Nephi walked out with them while wearing armor which leads us to…

3) Armor.  Also from the ABC’s of Science and Mormonism, Nephi, Laman and Lemuel all knew about the stuff because Nephi wore Laban’s armor, so Captain Moroni inventing it shouldn’t have surprised Zarahemna.  Even worse, the Lamanites invent armor in Alma 3 years before Captain Moroni enters the scene (or is even born) in response to Limhi’s people.

2) Wine.  Key to the story of escaping Nephites and King Noah’s Winepress, there was no wine in pre-columbia America. 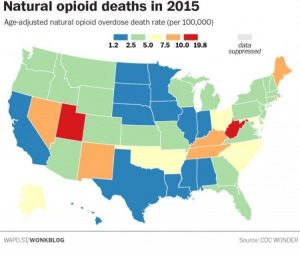 There you go, 17 things that happened this year that still aren’t addressed on FAIRMormon or in any literature that should make anyone take a real long hard look at their religion and wonder where it is headed, and what the next year will bring.

This entry was posted in Current issues. Bookmark the permalink.
Last edited by Mithryn on January 2, 2017 at 1:35 am