Rachel Ivins was raised by Quakers and she had a fault.  She liked to sing hymns.  This one sin was the gateway to a host of activities that were scandalous in her own eyes.

You see Rachel’s family was contacted by a missionary named Jedediah “Jeddy” Grant.  After she joined the Mormons her family complained that she was “all levity”. 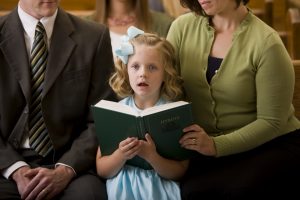 wild and crazy sinning on display

Rachel was 20 years-old when she came to Nauvoo and is quoted by those around her to have charm and refinement. While little is known of her daily Nauvoo activity and interests, her bosom companion was Sarah Kimball one of the wives of Joseph Smith.  Some of her statements are found through Sarah:

But in private and informal moments, he seemed distressingly “unProphet-like.”  – Rachel Ivins on Joseph Smith

“He would play with the people, and he was always cheerful and happy,” Rachel Ivins on Joseph Smith

Once while visiting the Ivins’ on the Sabbath, Joseph requested the family girls sing the popular “In the Gloaming.” Rachel believed singing and newspaper reading breached the Sabbath and responded with a mortified, “Why Joseph, it’s Sunday!”

Proper and reserved.  And young and desirable and within the reach of Joseph.  You know where this is going.

When she found out Joseph was going to propose to her to be a plural wife like Sarah Kimball she left Nauvoo and ran back to her more reserved family.

She left with the famous statement:

[I would] “sooner go to hell as a virtuous woman than to heaven as a whore.”

And the story might have ended with her as an exmormon who considered herself a virtuous woman except the Prophet’s brother showed up after Joseph died.  Knocked on the door and reminded her of the fun of singing.  She moved out to Utah and in with her “missionary” Jeddy Grant.  They would get married which is sweet and a romantic story except she became his seventh wife, which filters into Rachel’s world view as “a whore in heaven”.

And by following the prophet she happily gave birth to a baby boy… and Jeddy died 9 days later.

Brigham quickly remarried all of Jeddy’s wives to his brother George.  But George had been obedient to Brigham and killed a lot of Indians in the Utah Indian wars in 1851.  He self medicated with alcohol and after a particular public drunkeness incident all seven wives were divorced from George.

Heber, Rachel’s son, said she refused to talk about that whole time period and implicated that abuse may have occurred. She did say

“One could be happy in the marriage relations without love,” she reportedly advised, “but could never be happy without respect.”

Regardless, Rachel refused to get remarried and started a bed and breakfast where the LDS manuals tell us she and her son were so destitute he didn’t have a proper coat and she sewed late into the night until Heber would help her work the sewing machine so she could continue.

She died a member of the relief society presidency.

So there you go, if you follow the LDS leadership you can end up a whore by your own standard, a single mother so poor you can’t take care of your own kid; while you despise marriage and refuse the institution, just like God’s plan says.  In with the deal you can be forced to marry an abusive alcoholic.

Admittedly this sequence isn’t common in the modern church, but the pattern of going against one’s inner conscious in favor of whatever the leaders prefer and it not being best for the individual will continue as we do more moral tales

This entry was posted in Moral Tales. Bookmark the permalink.
Last edited by Mithryn on January 5, 2017 at 4:21 pm