The father of all lies

Could it be… SATAN? 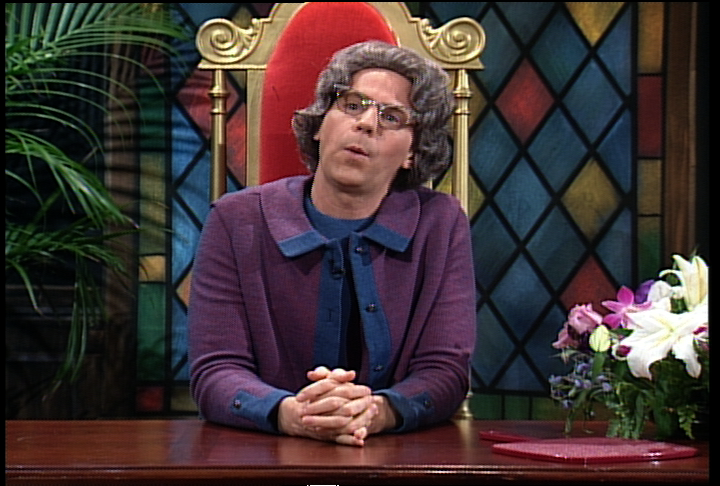 On my blog, I called Brian Hales a bully for his commentary on Jeremy Runnells.  You can read that post here

An interesting point is that Mr. Hales actually commented on the post:

Sorry I don’t mean to be a “bully” and I probably should have chosen a different title.

I also appreciate your attempt to provide some documentation from the Temple Lot trial, but your link is not that. You have been deceived by Herald House or Price Publishing, both printed edited versions of the Temple Lot litigation…

The apology is nice.  I like an apology.  Especially a sincere apology.  And we know that Mr. Hales isn’t a bully because he apologized and didn’t just compare Jeremy to Satan

Wait, did he just spend two paragraphs stating that lies are started by Satan and then launch directly into criticizing Mr. Runnells.

Well, let’s look at what his primary critique of that he replied on my blog was…

I also appreciate your attempt to provide some documentation from the Temple Lot trial, but your link is not that. You have been deceived by Herald House or Price Publishing, both printed edited versions of the Temple Lot litigation. The originals are housed at the Eighth District Court in Kansas City, Missouri, with a carbon copy at the Community of Christ Archives. The LDS Church History Library offers both microfilm and digital photographs of the microfilm (unrestricted).

I have posted a scanned copy of the actual document here:

here is the kicker, where on Jeremy’s site does that quote appear… oh yes, it’s a citation directly from FAIRmormon (Jeremy has since removed the link admitting he was wrong.  I wonder when FAIRmormon will do the same?).

Now I am included in a group of Mormon Historians where Mr. Runnells and Mr. Hales were both included (Hales removed his membership after this exchange), in which individuals asked Hales to back up his claims that Joseph’s marriages were sexless (they were told to buy his book), and it was POINTED OUT TO HALES that the source for this deception comes from FAIRmormon.org itself.  It was asked that he criticize them first, and then Jeremy would happily change his link.

Instead, we find Mr. Hales is a member of FAIRmormon, that he posts (This post implying Mr. Runnells is spreading satan-inspired lies)  on their website.  He could have corrected the in-factual information (otherwise known as a lie) at any point, and simply requested Jeremy update his link from FAIR.  But why do that when you can call your opponent a liar first and imply he is devil-led?

I post all this so that people who read my blog can get a bit of behind the scenes view into the deception that FAIR pumps out regularly, meanwhile claiming that anyone who has a different opinion while still using the widely regarded sources as being intentionally deceiving enough to qualify as “Satan directed”.

Well FAIR and Mr. Hales, if Mr. Runnels was putting out lies and directed by Satan that deceived people when he copied a link from a source that could have been corrected, what on earth does that make you?

This entry was posted in Apologetics. Bookmark the permalink.
Last edited by Mithryn on August 11, 2014 at 8:12 pm

3 Responses to The father of all lies