The Plan of Happiness

The end of all activity in the Church is to see that a man and a woman with their children are happy at home, sealed for eternity

Unless you’re gay, barren, doubt Joseph Smith’s claims, refuse to accept conditions before hearing the terms of the agreement, or dared to think that everyone should be saved and not sent to eternal torment.  Then the plan becomes one of Misery.

Some plan of happiness!

The desire to mate in humankind is constant and very strong. Our happiness in mortal life, our joy and exaltation are dependent upon how we respond to these persistent, compelling physical desires. As the procreative power matures in early manhood and womanhood, very personal feelings occur, in a natural way, unlike any other physical experience.

The interesting thing to point out here is that controlling these powerful desires in another person should be seen as an ultimate evil.  Indeed, any organizations who sought to dictate the birth rights of humans or sought to control the breeding of humans has been seen as a level of evil at “crime against humanity” heights.  Certainly, telling people that these passions are not in line with God without proof-positive should be seen with a wary eye. 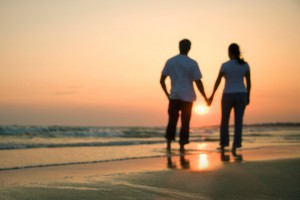 Re-read that, just let that sink in.  Arranged marriages, fine.  Parentally dictated marriages, sure.  Marriages that are loveless, not a problem.  Again, some plan of happiness!

And if you suppose that the full-blown rapture of young romantic love is the sum total of the possibilities which spring from the fountains of life, you have not yet lived to see the devotion and the comfort of longtime married love.

A very sweet sentiment.  This is true.

True love requires reserving until after marriage the sharing of that affection which unlocks those sacred powers in that fountain of life.

[Citation Needed].  Are we saying that second marriages are lesser than first marriages?  What about someone where their first love dies and remarries, do they love less the second time around?

What about the thousands of people who have premarital sex, but stay together for their whole lives… do they no have “true love”?

It is to be shared solely and only with that one who is your companion forever.

And rape victims?  They can just suffer even more, right?

These are spiritual laws which define the moral standard for mankind

Morality is far more than where one puts body parts, although one would hardly believe that after hearing this talk.  Love is more than just obeying the church’s rules for sexual activity.  It is a very complex emotion but limiting it to simply “Did you put it there” is an incomplete view of love.

Temptations are ever present. Because the adversary cannot beget life, he is jealous toward all who have that supernal power.

And suggesting that sexual desire is devil-led is right up there on trying to control people through their natural desire for love.

If we pollute our fountains of life or lead others to transgress, there will be penalties more “exquisite” and “hard to bear” (D&C 19:15) than all the physical pleasure could ever be worth.

Let’s be clear… Rape might fall under this definition.  If someone takes another human’s ability to decide their sexual activity, that person should find penalties more exquisite and hard to bear than all the pleasure.  Interestingly, Boyd quotes D&C 19, which is Joseph Smith feeling anguish over leaving the 116 pages.  Surely, a man who had to bear so much over losing a book should feel similar pain and anguish over the removal of moral virtue from Sarah and Jane Lawrence and Emily and Eliza Partridge, two sets of sisters whose money to live on Joseph Smith obtained when their father’s died.  It is important to note, that by making them plural wives, whether he had sexual intercourse with them or not, in the eyes of 1800’s victorian America, they were “ruined” women by being plural wives.

Can we use this same standard to hold Joseph Smith Jr. accountable?

The only legitimate, authorized expression of the powers of procreation is between husband and wife, a man and a woman, who have been legally and lawfully married. 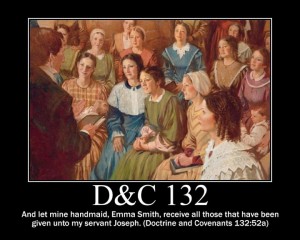 This one, we can use to condemn Joseph.  According to the LDS essay on Polygamy, polygamy was never legal anywhere it was practiced

In Joseph Smith’s time, monogamy was the only legal form of marriage in the United States.

Joseph’s marriages were not legal and lawful, ergo, according to Boyd K. Packer, polygamy was not a legitimate or authorized expression of the powers of procreation!

I think if members try to hold this standard that Mr. Packer was trying to communicate, they should at least see how the logic fails when applied to their own founder.  Love, marriage, loss, sex, sexual fetishes, devotion, compassion, and commitment is far, far more complicated than this talk makes it out to be.

Sex is more than a penis and a vagina.  Love is more than virginity and kids.  Heterosexual isn’t the only orientation even in nature.  Morality is more than sexual activity and inactivity.  Those who abuse other’s sexual desires via control should be held accountable for doing so.

People who build their religion on immoral relationships should throw moral stones.

This entry was posted in 40 talks in 40 days for General Conference. Bookmark the permalink.
Last edited by Mithryn on September 8, 2015 at 9:17 pm