An Exmormon view into the new Star Wars

I’ve seen several posts on here about the Star Wars trailer. I want to voice my own concerns as I think it is a shared experience among many of us that is hard to identify, let alone vocalize. I am excited for Star Wars VII. Like, really excited. I have the same cautious “This could suck, I hope there is no Jar Jar” feelings that everyone has. But I also find another feeling deep down that needs to be discussed. That is, the message of Star Wars resonated with me as a member.

And I know I’m not alone. There is a reason that Yoda shows up in the Book of Mormon Musical as a voice in Arnold’s head. There was a feeling about the Force and the Priesthood; a similarity that although not stated directly, frequently came up in the nerd-discussions as I grew up or even in Elder’s Qurum.

“Well, the Force is what gives a Jedi his power. It’s an energy field created by all living things. It surrounds us and penetrates us; it binds the galaxy together” 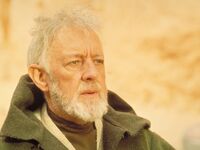 The Priesthood is the power by which planets are made[1] . It is how God governs the heavens[2] . It is the force that makes the elements obey God[3] . One can see how Mormons are big Star Wars fans naturally as they believe they have access to this Force.

And this isn’t by accident. George Lucas said that he wanted a generic “Force” that would incorporate religion into his universe without it being a single religion[4] .

“I wanted it to be a traditional moral study, to have some sort of palpable precepts in it that children could understand,” said Lucas, in a recent New Yorker interview. “There is always a lesson to be learned. … Traditionally, we get them from church, the family, art and in the modern world we get them from the media — from movies.”

Now, as a person who has left a religion that has a Force that does not function, I worry that the movies will feel preachy. Too frequently the answer to problems presented by Hollywood is “Just believe”. As Luke Skywalker races down the Death Star trench in A New Hope, and he “Let’s go” and “Trusts his feelings” the message is to have faith and it will work better than even “a computer”. 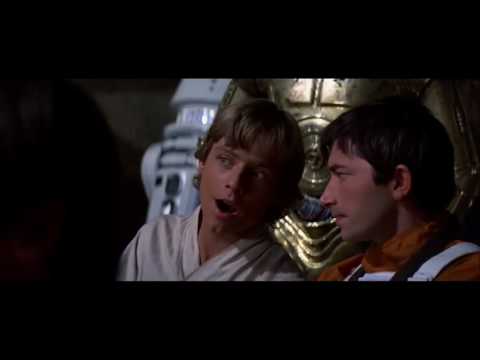 Star Trek, I find, to more often require Science, even standing up in direct defiance of gods (Such as Apollo, Q, Trelain and event supposedly God, himself in Eden in Star Trek V. The idea that mortal man can stand up to Gods with the attributes and science we have is a foundational principle of Star Trek. Not that Star Trek and Star Wars are opposites, but in this aspect, the difference is surprisingly central to my emotions.

You may be a God, but we wil judge you, you will not Judge us!

I find myself hoping that they won’t rely on Faith as the answer to all problems in the new Star Wars movies. I find myself preferring Han Solo’s “Ancient religions and hokey weapons are no match for a good blaster at your side” philosophy far more appealing that Obiwan. I see Obiwan’s lies to Luke as central to later problems. In the prequels, the corruption of the Jedi order, the enforced celibacy for no reason, the simple slip-ups in security while over-focusing on restrictive rules all seem key to the Jedi order. In my mind, the “Good guys” aren’t necessarily good. They are corrupt, bending natural processes and excluding the general populous from access in order to set themselves up as special.

A bit of me will be cheering for all of those without the force, trying to make the odds without the special powers or following religious rites. People who traveled the Universe and saw a lot of things but still don’t believe there is one all power Force that controls everything. Maybe that’s why I find Hon Solo saying “it’s all true” to be a bit disturbing. Mind you, in that Galaxy Far, far away, if you use the force, you see actual, physical evidence. The lightsaber comes to your hand, the person is choked, your speed is increased.

I hope we find midichlorians entirely removed as a concept. Access to the Force for everyone, and a fighting dynamic beyond “Light side” and “Dark side” where tougher questions are asked of the religion.

And I’m afraid that no matter how spectacular the special effects, and the craft of the actors, there is a bit of me that will be struggling at the basic premise of the impact of religion on the nature of man; and how easy it is for those with exclusiveness to form needless rules and regulations over substance and real value. I am afraid I may have lost the ability to enjoy such a movie as I did in my youth.

This entry was posted in Current issues. Bookmark the permalink.
Last edited by Mithryn on October 20, 2015 at 8:47 pm

4 Responses to An Exmormon view into the new Star Wars