Truly Good and without Guile

The good news of the gospel of Jesus Christ is that the desires of our hearts can be transformed and our motives can be educated and refined.

I thought it was an account describing the life, death, and resurrection of Jesus of Nazareth which comes from the Greek euangelion, or “good news” and implies the good news of the Kingdom of heaven returning, but that’s what I get for trusting Wikipedia, I guess.

Unfortunately, there was a time in my life when I was motivated by titles and authority.

That’s an awkward phrase coming from a man with a title, speaking from a podium as though he had authority, and having his talk run through a committee before he can share it (bowing to authority and people with titles).

As I was preparing to serve a full-time mission, my older brother was made a zone leader in his mission. I heard so many positive things said about him that I couldn’t help but want those things said about me. I hoped for and may have even prayed for a similar position.

Ah yes, confusing “position” with “being a good person”.  It happens on missions, doesn’t it?

“Over the course of my life, I have had the opportunity to rub shoulders with some of the most competent and intelligent men and women this world has to offer. When I was younger, I was impressed by those who were educated, accomplished, successful, and applauded by the world. But over the years, I have come to the realization that I am far more impressed by those wonderful and blessed souls who are truly good and without guile.”1

Did he just “name drop”, quoting President Uchtdorf as an authority on who we should be impressed by?  Also note that the title of his talk is not a quote from the scriptures, but from Dieter.  That’s called “brown-nosing”, Dale.  It kinda goes with still caring about who has authority and what their position is. 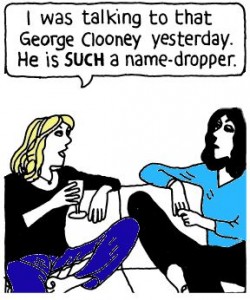 My Book of Mormon hero is a perfect example of a wonderful and blessed soul who was truly good and without guile. Shiblon was one of the sons of Alma the Younger.

Sure, character in book of Mormon not well liked by most members, kinda overlooked,, not a lot of authority; although still enough to go on missions and try to convince people their beliefs were wrong, but ya know, that’s most the people in the Book of Mormon and heaven forbid he should pick someone who truly didn’t respect authority or position.

This is now three stories in without relating it really back to the topic about how these people had no guile.  I’m not convinced he even knows what Deiter was saying, but he was too busy making sure he quoted someone in a position of authority to notice.

It appears that Shiblon was a son who wanted to please his father and went about doing what was right for right’s sake rather than for praise, position, power, accolades, or authority. 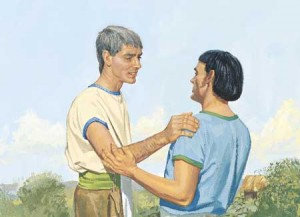 I’m so proud of you for doing whatever the church leaders told you to do. And I’m sure that just because I’m the leader of the church and your father, that is irrelevant. By the way, you’re SO much better than your brother Coriantumr.

Wanting to please your father, who is a major authority and holds a position of high respect is not a character one should use to illustrate doing something for “Right’s sake”.  I mean, maybe he was, but; erm, there might be better examples in the world of people who did the right thing even if their fathers disapproved.  Even if people in Authority disapproved.  They might even be Mormon.  Like Hans Hubner who stood up to Nazi’s even when his Stake President put “no Jews” above chapel doors and was excommunicated and executed for his disrespect to authority and position in place of being a decent human.

Helaman must have known and respected this about his brother, for he gave Shiblon custody of the sacred records he had received from his father. Surely Helaman trusted Shiblon because “he was a just man, and he did walk uprightly before God; and he did observe to do good continually, to keep the commandments of the Lord his God” (Alma 63:2).

Because the clear line of handing plates to family members even when those family members are clear they are not righteous, or have little to say (Read Omni in the Book of Mormon if you don’t know what I’m talking about) isn’t well established.  It must be that Shiblon has the traits Dale assigns him because… well, he must, right?

President Spencer W. Kimball: “Great women and men are always more anxious to serve than to have dominion.”3

A fine thing for a leader to say, who had millions of people willing to serve him.  Irony is totally lost on this talk. 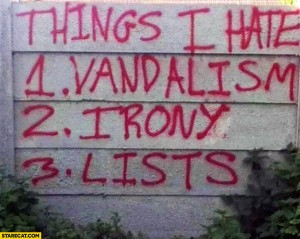 I honor those who selflessly serve each week in wards and branches around the world by going above and beyond in fulfilling callings. But callings come and go. Even more impressive to me are the many who without formal callings find ways to consistently serve and lift others.

And this is really what the talk is about, isn’t it?  Flattering the little people whose selfless service keeps you and others like you in your position.  The Flock you fleece of time, talents and money needs to be told that they aren’t scrubbing that toilet in the chappel because they are gullible.  No, that is truly serving without Guile.  And if we’ve never once seen an apostle or Seventy scrub the toilet after they got the call, that isn’t that they have guile, or that there is a difference in authority; or that they’re spending that money that used to pay for a janitor on pet projects to build tiny empires of employees at the COB; it’s that they’re too busy.. er, no they’re too… um, it isn’t position and authority that sets them apart from toilet-scrubbing members its… its…. damn.  No it is their position and authority.  That’s all it is.  When they were in-between callings they were asked to scrub toilets too.  It’s all position and authority isn’t it?

Perhaps my first lesson about truly good Saints without guile was learned when I was a young missionary. I moved into an area with an elder I didn’t know. I had heard other missionaries talk about how he had never received any leadership assignments and how he struggled with the Korean language despite having been in the country a long time. But as I got to know this elder, I found he was one of the most obedient and faithful missionaries I had known. He studied when it was time to study; he worked when it was time to work. He left the apartment on time and returned on time. He was diligent in studying Korean even though the language was especially difficult for him.

One of those Shiblon-like souls was my seminary teacher during my junior year in high school. This good man taught seminary for only two or three years, but he opened my heart in a way that helped me gain a testimony.

Do you know why teachers cannot have relationships with students even if they are over 18?  That’s right, because they are in a position of authority over their students, even seminary teachers.

It saddens me when I hear of some who stop serving or even attending church because they are released from a calling or feel overlooked for a position or title.

I’m pretty sure this never happens.  Maybe… but certainly it is an edge-case straw man. More than likely it happened because of a loss of trust in leadership, and their ability to communicate or their honesty.

Some may say, “But I have so far to go to become like those you describe.” The good news of the gospel of Jesus Christ is that the desires of our hearts can be transformed and our motives can be educated and refined.

Nothing like a humble-brag by someone in authority with position about how we can all be more like him via the belief system.  People outside it… well, they don’t know how much they are missing, right?

While I agree, we should not respect position and authority and that doing what is right for its own sake is desirable, I see none of that here, but rather flattery to keep the common member obeying and giving freely to leaders who abuse that selfless service calling menial tasks that save the organization money, “selfless service”.

This entry was posted in 40 talks in 40 days for General Conference. Bookmark the permalink.
Last edited by Mithryn on September 18, 2015 at 10:28 pm